a brief history of rolfing

In 1920, Ida Pauline Rolf received her Ph.D. in biochemistry from the College of Physicians and Surgeons of Columbia University. Despite the resistance she faced as a woman in the field of science, she furthered her knowledge of the body through research in organic chemistry at the Rockefeller Institute. Driven to find solutions to her own health problems as well as those of her two sons, she spent many years studying and experimenting with different systems of healing and manipulation. 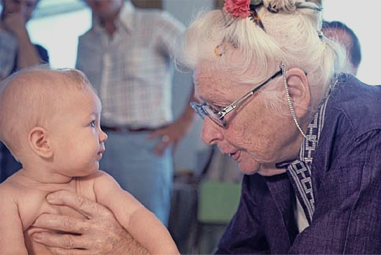 Throughout most of her life she was intrigued with and explored many forms of alternative healing including homeopathy, osteopathy, chiropractics and yoga. The notion that proper alignment, physiologic function and anatomical structure are related is the basis of many of these healing methods.

Dr. Rolf agreed that the body functions best when the bony segments are in proper alignment. She added her observations that lasting improvement in alignment and an overall sense of well-being required a closer look at the effects of gravity on our bodies. She believed that the imbalances in structure placed demands on the body’s pervasive network of soft tissues: muscles, fascia, tendons and ligaments, thereby creating compensations throughout the body structure.

Dr. Rolf posed this fundamental question: “What conditions must be fulfilled in order for the human body-structure to be organized and integrated in gravity so that the whole person can function in the most optimal and economical way?”

Her life’s work was devoted to this investigation which led to the system of soft tissue manipulation and movement education that we now call Rolfing. In order to pass along her work to others and to make the education process accessible, she developed an expedient series of ten sessions, which came to be known as the Ten Series.
Dr. Rolf continues to be recognized as a pioneer and leader in soft tissue manipulation and movement education.